Holidays in a Riad – The Olive Garden –

The architecture of a typical Riad is characterized by a square-shaped layout, with a courtyard in the middle. Our Riad complex, just like the classic Riads, have an inner courtyard, which consists of a large garden area. The apartments are a contrast to a classic riad with its balconies mainly inside, but also to other sides. Another feature of a typical riad is a large rooftop terrace. We also took it into consideration during our construction phase, and therefore the ‘Olive Garden’ offers you a large rooftop terrace with all comforts. All apartments in the Riad complex  have a shared rooftop terrace with barbecue and jacuzzi, sun loungers and comfortable sofas and armchairs to relax. The architecture of the Riad complex in the ‘Olive Garden’ tries to imitate as much as possible the original layout of a classic Riad. This also includes the balcony with artistic gullies, which are handmade by local artisans, as well as the typical arched walls. Read more about the Riads in our resort “The Olive Garden”:

Great riad in the centre of Marrakech. The decoration combines old with modern style, and the dominant color (red) tries to recreate the red city of Marrakech. 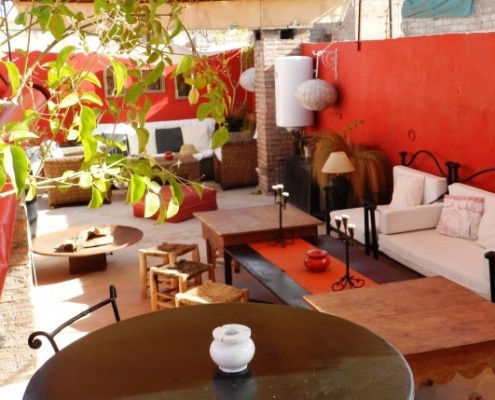 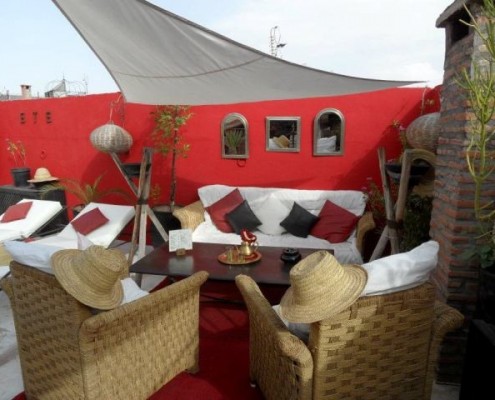 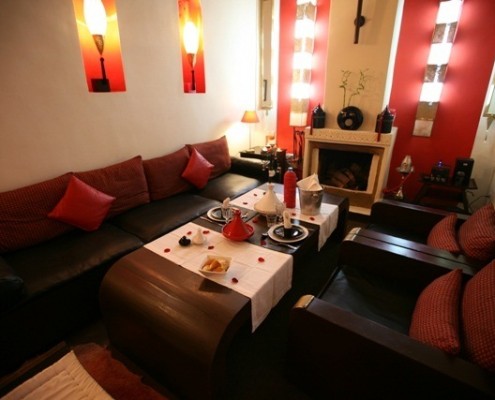 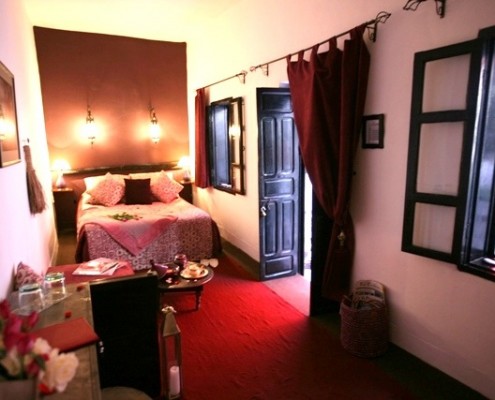 The Riads in the Medina of Marrakech

In Marrakech, typical Arabic hotels are called Riads, and there are many of them scattered around the red city. Many people, however, forget that a Riad is basically a typical Arabic house in an Arabic building style. In these, the Pashas used to live with their many women, and of course they did not want to be disturbed, as one can imagine. The most Riads, which now serve as a hotel, are uniquely beautiful in their typical Arabian decoration and furnishings.

The basis for the concept of a Riad is certainly that the Moroccan life always takes place indoors, rather than outdoor. The Arab does not want to be disturbed in his intimacy. Perhaps the reason is that many Arabs are very curious, although one must not exclude the other. That is why many new developments in Marrakesh (ie no Riads) have curtains in front of their balconies.

A classic Riad has a squared layout, with a cobblestone courtyard, but still no garden like our Riads offer. It is a detached house, not individual apartments. The rooms of the Riads are all facing the courtyard, and of course they had no windows, but wooden doors. Even today the wooden doors are largely closed to the windows that are now being used. This is mainly due to the fact that on the first or second floor, after having walked up the stairs, people have to cross a kind of gallery, which is open to the courtyard, and which passes through the rooms of the Riads. The windows of the Riads, which are used today, are aligned to the gallery. 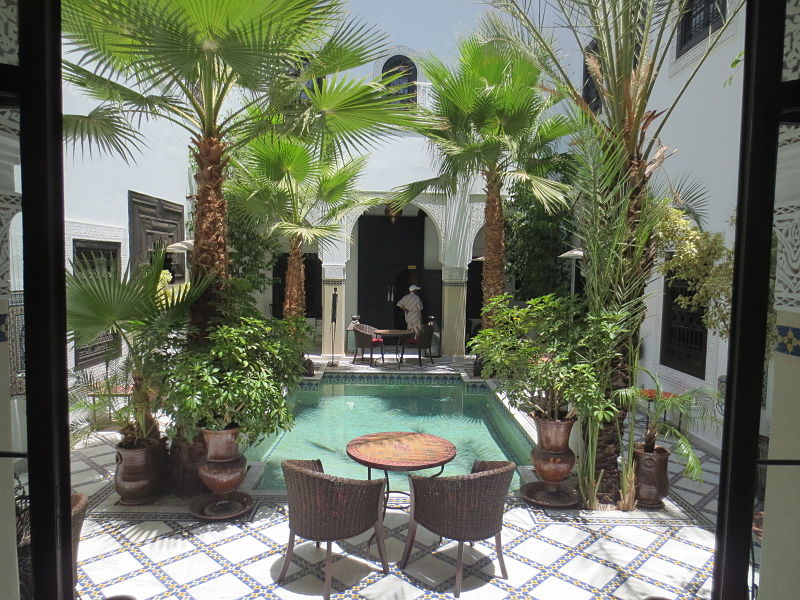 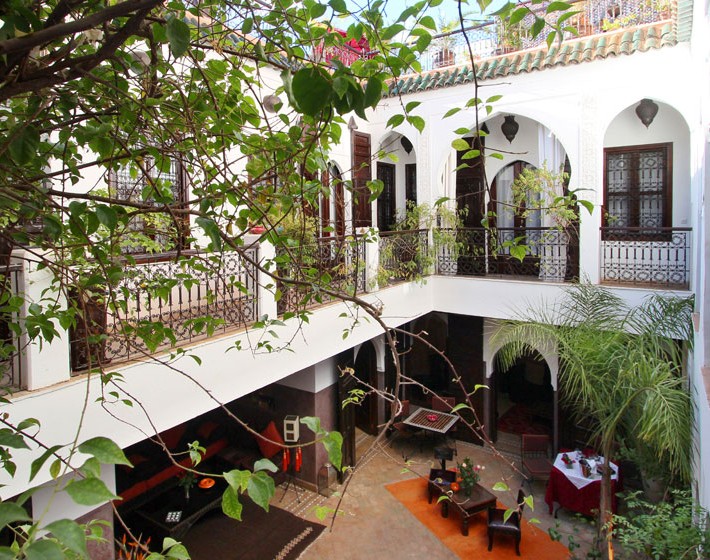 More links for Riads in Marrakesch: